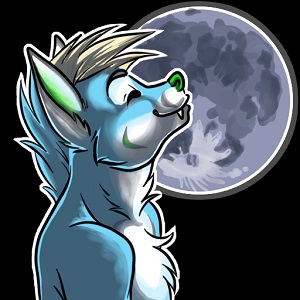 One might think the answer is simple. It's because we are furries right?

But boy does it go much much deeper than simply saying we are furries. Fursuits are a quite a desirable item amongst furries of the likes. Some furs don't want a fursuit and that's also perfectly fine, you don't need a fursuit to be a furry. Fursuits tends to enhance your experience as a furry or at least in my opinion it does.

Fursuiting is like herion, once you had your first taste you crave it more and more. But unlike the effects of a narcotic suiting has barely any negative side effects to it, there are some but I'll delve into it in a few. It's no secret, people don't understand fursuiting, the public at large especially do not understand why we dress up as animal people and it's seen as some type of deviant act at times or at least it's perceived as such and we tend to think as furries that's how people see us. Maybe this is just for myself being greatly self aware.

I've been asked before, by a non-furry: "Why do you wear this thing?
Boy I was stumped, I had no idea how to explain it and it only left room for further questioning by the person. I just said, because it's fun. I wasn't lying, but I wasn't fully explanatory in why I enjoy it.

So let me delve into why I fursuit in particular.

I love the craft, the idea of creating something that was only formely a digital or non-tangible idea is simply exhilarating and then further getting to live out that character of your own design that you made to your own specification with essentially having artistic liberty as to what that character entails is exciting to say the least. As a maker if I make a mistake during the creation of the suit I can capitalise on that error and make it part of my character for instance and no one would be the wiser. It's a really forgiving craft and fun as hell. It can get tedious when starting out since there is no solid guides on how to do it. But creativity isn't taught, if it was then it wouldn't be creative thinking would it?

It's a mental thing too, boy I was ridden with anxiety and afraid to be myself in public at any point in time due to my anxiety getting the best of me. Let me tell you that my anxiety wasn't completely cured BUT I've learned to cope with it by suiting and just enjoying my time being alive right there and then in the moment. The most interesting experience was when I was suiting at rAge I got so much attention in the suit but when I didn't have the suit on I was just another person in the crowd. But I have to warn you, a fursuit is not a magical cure. I had fantastic experiences in suit mostly but I had one awful experience as well and it still haunts me to this day.

ICON 2016 - My handler abandoned me, I was alone and I had this intense feeling of being alone and judged by everyone that looked at me, that set my anxiety back by a few years. Social anxiety was gnawing at me so intensely that day that I eventually walked outside and just stayed there until my friend returned and we went home. Kinda a dick move abandoning your friends at these types of events. Apparently somewhere out on the cyberspace of Southern Africa some person is so aNgErY about me apparently knocking something off their stall with my tail that they hate furries for being at conventions with our suits. I can't even remember this happening in the first place but haters gon hate. Anyway I just wrote that entire weekend off as a bad experience and I will never return to ICON again.

The smiles on other people's faces when they see this life size cartoon dog person walking around having fun, gosh my heart fludders at the thought of all the smiles I have brought onto people's faces. Adults and children the likes. Some people react quite weirdly to it since there is a genuine fear of mascots and costumes that people have, I am one of those people (IRONY!), but I tend to ignore those people. The people who I make smile, the people who approach me and ask for photos. These are the people I live for, it makes me so extremely happy that I can make other people happy with my pieces of foam and synthetic fur tactically sewn together to represent an anthropomorphic animal person interacting with human society. Kijani Lion always talks about the magic of fursuiting, this by and by is the absolute magic that fursuiting has. Fursuiters aren't some generic mascot character representing a corporate entity and being paid to be nice. We furries go out in our fursuits and enjoy what we do whilst bringing joy to others.

If you could see my face while I am suiting I am smiling 99% of the time because I'm happy to make other people happy.
Have a peak at this video: (WARNING: CORNY MUSIC)


Never ever in my life have I considered doing it to become famous or gain recognition, fursuiting to me is a selfless act. Yes I benefit vastly by means of my mental state and enjoyment whilst fursuiting but that isn't nearly as important to me as seeing what impact my silly costume has on others. I've been asked before if I would perform somewhere for money and I just reject the offer immediately, that's not what I want to gain from it. I don't intend on gaining more than I am giving.

It's a form of harmless expression, when I was on 94.2 and Rian asked me if wearing the suit gives me a sexual kick I didn't know what to respond. I looked at my fursuit head on the counter in front of me and instantly replied with: No, it's a form of expression. I didn't think hard to achieve that answer and I also wasn't lying. We express ourselves by living out or bringing our characters we made to life. The very same character that represents us in the digital world. Seeing your persona that represents you come to life in front of your very eyes is beautiful. It's a way of living out that character and being happy that you are for once satisfied in this messed up world with something that you made and had complete control over.

It makes my heart so sad to think that people believe we are sexual deviants and only fursuit because we like to have sex in our suits. There are people who do this, and that's fine too. But it's not the reason WHY we fursuit, I don't get a sexual drive from dressing up as a animal person and walking in public as such. I'm sure that is the same for most fursuiters even those indulging in the sexual activities.

My biggest inspiration to fursuit is a fursuiter called Sparky from New Zealand, people that know me knows that she is my fursuit idol. I say idol not crush because she inspires me to be myself and just have a heckin good time, I don't have any feelings of attraction towards her. Check out her YT page https://www.youtube.com/user/WarningSparkyBites
She always makes me smile with her shenanigans and the amount of fun she has doing it.

So to wrap this up, I don't believe my reasons differ materially from the general fursuiting society's consensus. I think these reasons honestly are quite universal. My "fursuiting" goal in life is to inspire others to do what I did and am still doing. Get your fursuit or make it, have fun, forget the haters enjoy your life whilst also bringing joy to others lives. Life's too short to really care about what any negative people has to say about you.

Go out there and be yourself, live your life!
To end off, here's one of my favorite songs:

I'd rather be fursuiting

People get built different. We don't need to figure it out, we just need to respect it. Maybe he likes his company more than I like mine - Princess Bubblegum
Top 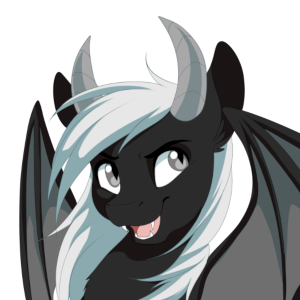 I like that explanation. I have heard from a lot of people that suiting helped them with a lot of issues relating to people. That also came up quite strongly in the CNN documentary on furs (even though I didn't like their overall approach). I had a chance to suit once, I think it was South Afrifur 2010, but the head didn't really fit with my glasses. It would be nice to try it at some point though; I've seen some really nice suits that made me a little jealous. Although, I'm a bit wary of the overheating aspect.

I almost prefer the bad reactions, they're funnier to watch. When we went out on a fursuit walk in PE during the 2010 South Afrifur, half the kids were scared of the suits and would either completely freeze or run away. My favourite reaction though was from a child during a suitwalk at Lakeside Furs. I think they had just walked through a door or out of an entranceway or something, saw the suiters and just let out a scream like they were being murdered. It was hilarious!
Flayrah Contributor
SoFurry Ambassador
ZAFur Administrator
Top

Rakuen Growlithe wrote: ↑Thu Mar 07, 2019 12:31 pm I have heard from a lot of people that suiting helped them with a lot of issues relating to people.

I would definitely say it helped me in terms of a social aspect, I became a lot more confident as a person and due to forced social interaction I learn't a lot of social skills whilst learning to cope better with social anxiety.


Rakuen Growlithe wrote: ↑Thu Mar 07, 2019 12:31 pm I almost prefer the bad reactions, they're funnier to watch. When we went out on a fursuit walk in PE during the 2010 South Afrifur, half the kids were scared of the suits and would either completely freeze or run away. My favourite reaction though was from a child during a suitwalk at Lakeside Furs. I think they had just walked through a door or out of an entranceway or something, saw the suiters and just let out a scream like they were being murdered. It was hilarious!

Oh yeah, the bad reactions like that can be friggin hilarious, but at the same time quite mentally damaging if you are not prepared to deal with it or take it up as an insult. That's why I explicitly want to say that fursuiting isn't a cure all magical remedy to all the problems in your life. It sure as hell helps quite a lot to learn to cope with those kinds of situations. But more often than not I tend to just laugh off or avoid the bad situations, no need to forcefully get involved then.
I'd rather be fursuiting

People get built different. We don't need to figure it out, we just need to respect it. Maybe he likes his company more than I like mine - Princess Bubblegum
Top
Post Reply
4 posts • Page 1 of 1