Some ranting about Tanks 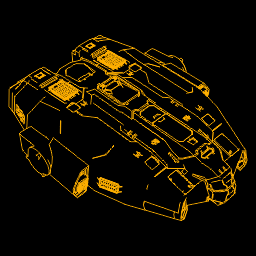 Some ranting about Tanks

So if you don't know already I am a massive fan of World of tanks.
Until recently

A whole set of mission that would eventually reward a unique tank. And conditions of the missions is over several months.

A way for regular players to obtain something special in their own time.

And Wargaming also then decided to tailor these 'personal missions' to promote better play.

"Oh yes!" I ejaculated(no. no gutter. this was an innocent English word!)

But it didn't work. If it did I wouldn't be writing this.
How?
Let me explain with examples.

In theory this mission would make heavy tank players stop sitting behind all the other tanks and push forward to the front line to where heavy tanks should be and fight heavy tanks.

result? Well their no longer camping their own spawn. now heavy tanks just sit behind an obstacle in the front line and hold their fire waiting for others to damage enemy heavies so they can 'ninja' the kill AND they'll not risk taking hits to win the game cause they want to survive to get the secondary mission cause "Gotta finish the missions!"

Mission: Spot 3 enemy tanks
Conditions: Be in a light tank
Secondary objective: Equip binoculars or coated optics to your tank

Yes. Lets try make light tanks try spot people for allies to fire at and show them it'll be easier to do so with the increased view range from binoculars or coated optics that allow spotting at longer ranges meaning they can keep a safe distance.

Result? Light tank equips bino's and just drives straight into the enemy and does spot them. but gets shot to fuck from point blank range. "Mission didn't say I needed to survive so #rofl #yolo #pro suicide scout #didn't do shit to win the game but still got rewards"

Shall I go on?

How bout a hilarious event on Circon's Livestream
*starts game and enemy team only has 2 heavy tanks*
Circon: "I need to kill 3 Heavy tanks, what's your missions?"
Foch: "I'm on the same mission as you, kill 3 heavies"
Jingles: "I need to kill 1 heavy and deal 1000 damage"
Circon: "so in total we have to kill 7 heavy tanks and there is only 2"

So the playerbase degrades to doing more and more ridiculous things just to "finish missions" and overall "enjoyment" from the game drops. A great game ruined by its players

Well maybe Wargaming will rethink this and better it.

But fuck that.
The Conqueror Gun Carriage has still not been nerfed.
The T37 and M41 Bulldog are also imbalanced and they acknowledge it but instead of doing a quick hotfix and making everyone happy they decide fuck you and they'll only do this in the next major patch.
Also they're going to "nerf" all guns accuracy except artilley by reducing the chance that shots fly on target.

Off to find a new tank game

Why not warthunder? Oh yes why not? I actually liked warthunder tanks a lot. why did I stop...
Oh yes I'm pissed off at warthunder because Gaijin have the shittiest balance ever. cause its putting 1930 planes against 1944 planes. I could go into great detail on what, why, how but just here:
[youtube]https://www.youtube.com/watch?v=q7taFMEDv3c[/youtube]
Watch that if your interested. 9:19 minutes long and says whats wrong with the matchmaker system.
And I fear this shit will "leak over" to the tanks side of warthunder eventually or already has so I just don't want to see them again.

So I've head Armored Warfare is soon going to beta. aren't we excited!
I'm excited because its not being made by FUCKING Russians.
My Sofurry page
My youtube channel
Ziea <3 Drad
Top
Post Reply
1 post • Page 1 of 1